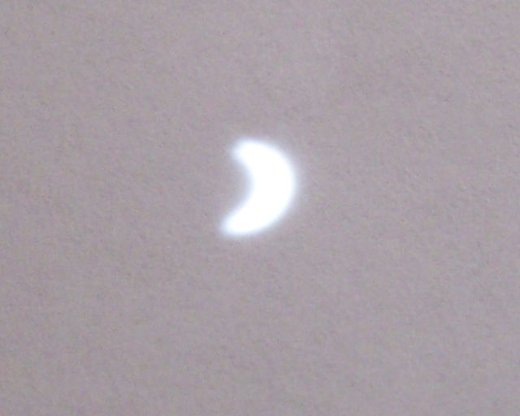 2017 Solar Eclipse on August 21st taken using a pinhole camera made out of a cardboard box. This is a cropped image of the previous one during the middle of maximum solar eclipse in Oklahoma City. The sliver of the sun is thinner than this shows due to nature of the brighter light with the camera.